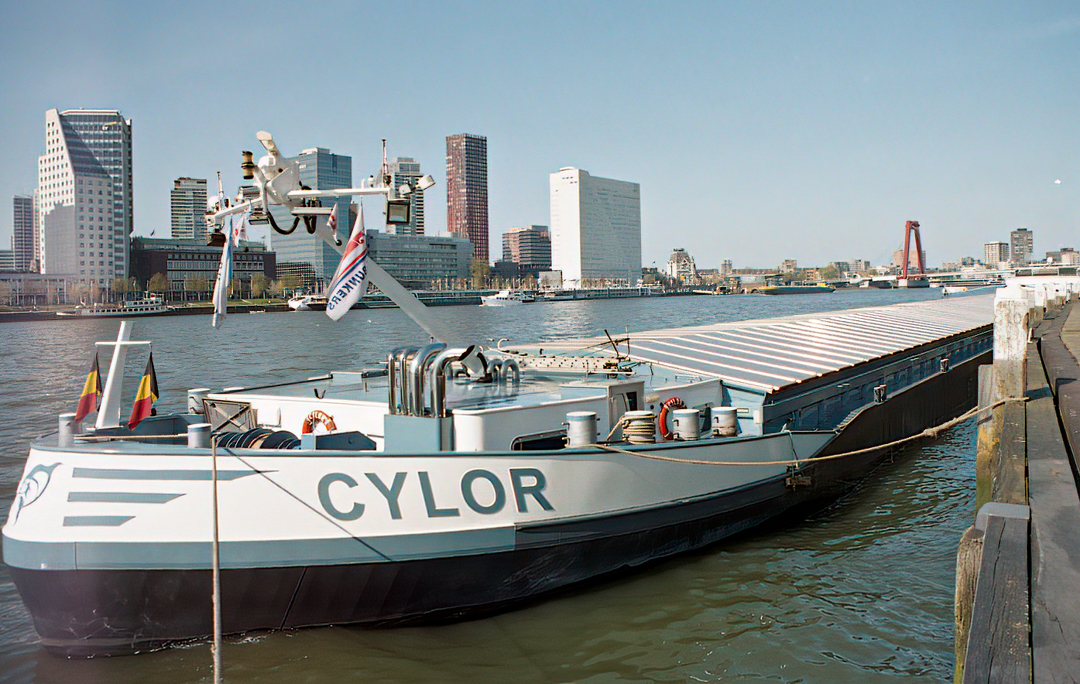 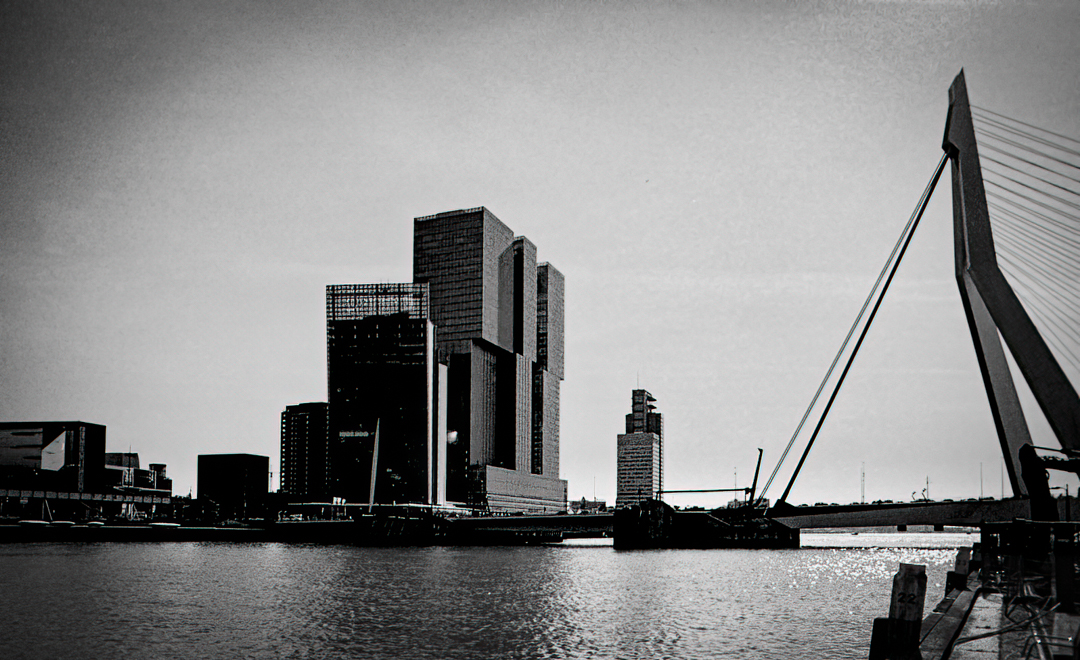 Photo of the Swan (the bridge) and the Rotterdam 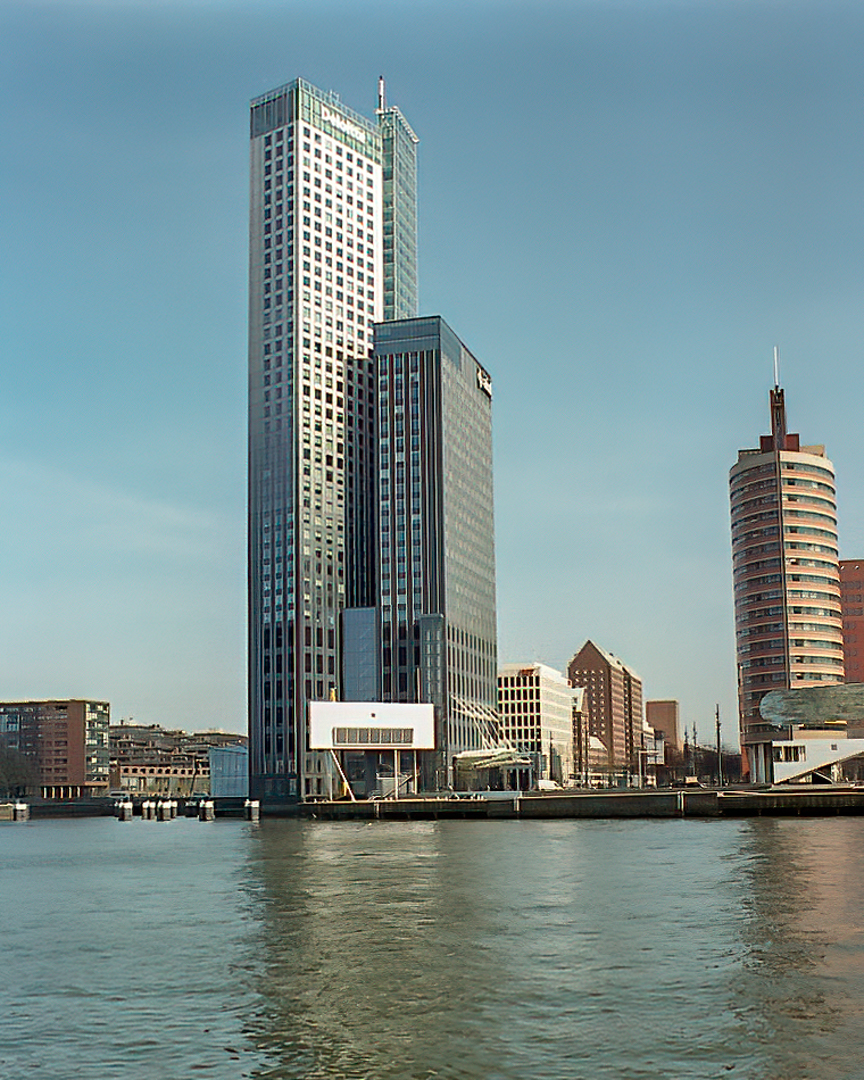 Sky scrapers on the south bank 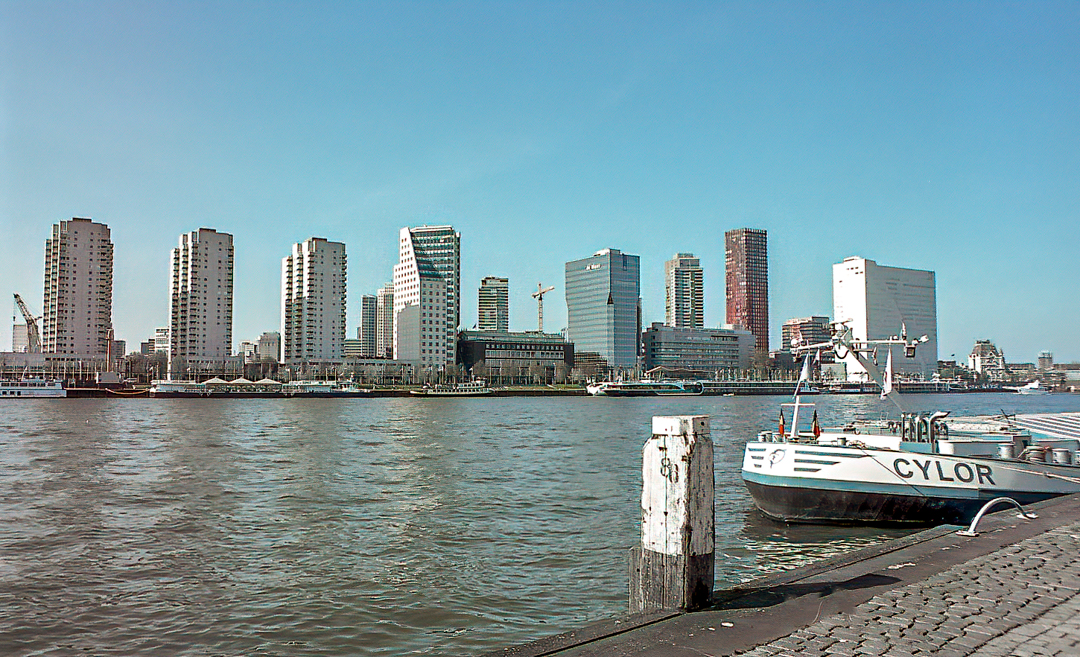 View of the north bank 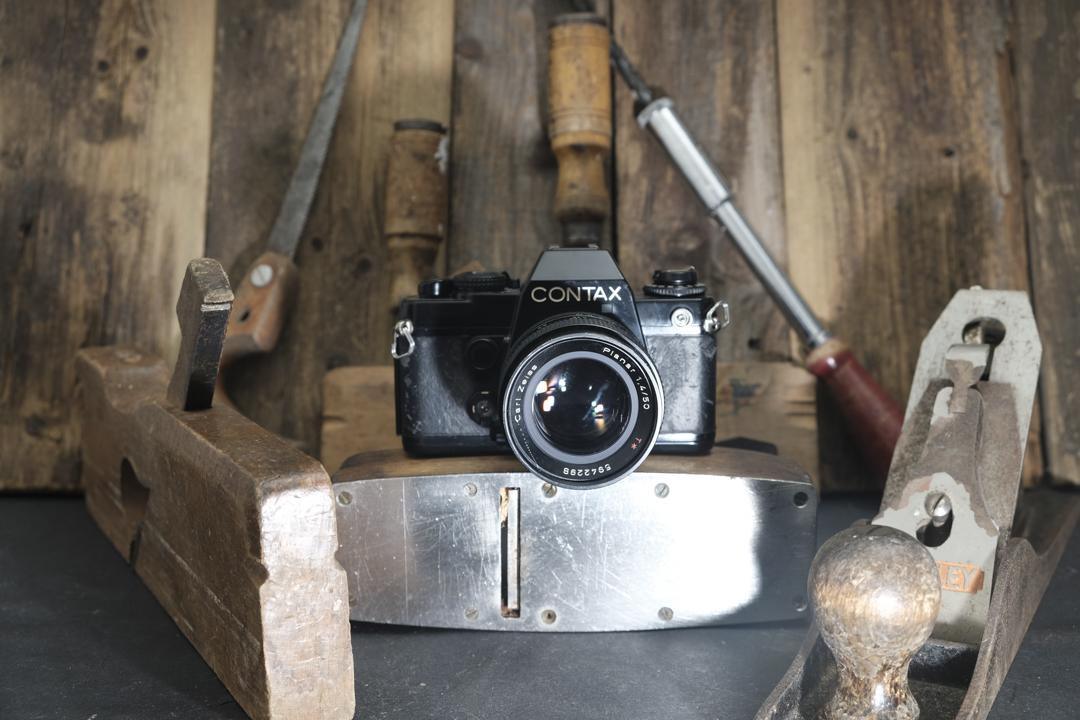 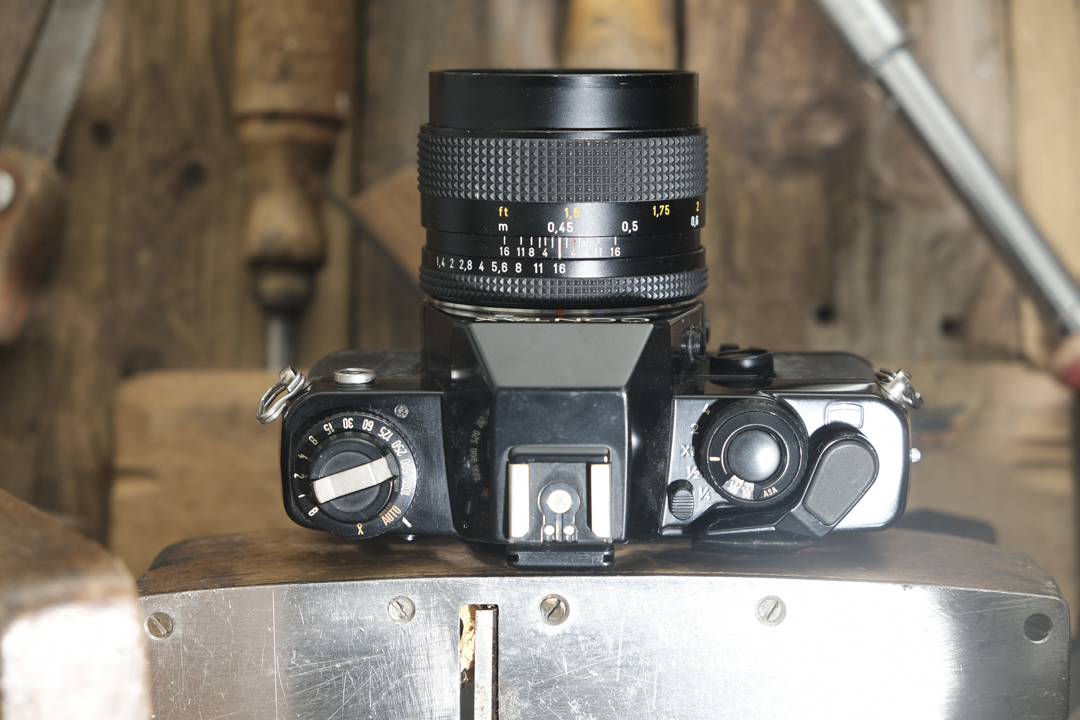 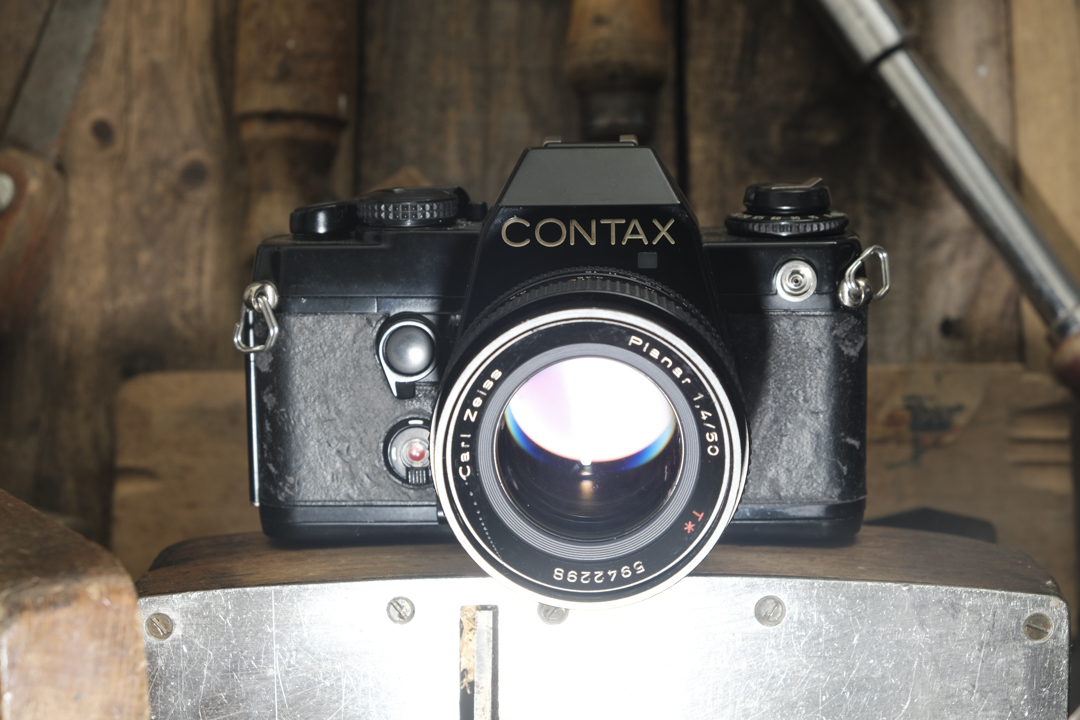 Photos of the Nieuwe Waterweg in Rotterdam. With a Contax 139. I forgot which lens I used.

The Contax 139 Quartz is a SLR that was introduced in 1979 and manufactured up until 1987. There were 200.000 build. The camera was manufactured by Yeshiva in Japan.

A new feature was an aperture-priority exposure mode, an auto exposure lock and a DOF preview lever. The camera features even an exposure compensation knob with which the exposure can be adjusted by over and under 2 stops.

There is no auto focus available but focusing is made easy by horizontal split-image device in the viewfinder. A very bright viewfinder. On the top of the viewfinder is the aperture and shutter speed information li by LED. The camera is powered by two SR44 batteries.

Of course there is as always mentioning of mal functioning electronics. The camera sufferd from sticking release magnet. It was corrected with serial numbers above 110.000. The example I used has a serial number of 047.000 something and works flawlessly. Without any CLA as far as I know.

There is one serous problem from which a lot of Contaxes and Yashica’s from those days suffer and that is a very sticky camera body surface as it shows on the photos. On ebay pré cut replacement leather for Contax camera’s is available but it is not cheap around $ 50,00.

It is a very nice camera to work with. The grip is very good and the controls are easy to use. Of course the Contax lenses are very very good and a lot cheaper then there Leica R counterparts not to speak of leica M lenses. Even the Yashica ML lenses are great and cheaper the the Contax lenses. And of course if manual focusing is no problem these lenses work great on mirrorless camera’s.